On 3rd March we will be celebrating World Wildlife Day and this year’s theme will be ‘Sustaining all life on Earth’ which is very poignant given the recent global environmental events over the last 12 months with forest fires and flooding. World Wildlife Day is a time to celebrate the wonderful diversity of our planet’s wild plants and animals in of all their many and unique forms and how wildlife can benefit humans.

There’s no better excuse to teach your students to learn more about our amazing planet and how we can protect and preserve it for generations to come.
One of our favourite places to see a wealth of fauna and lots of wildlife in their natural habitats is the North York Moors, East Coast and Wolds which boasts a wealth of wildlife and fauna. No matter where you are , there’s some truly amazing places you can go and maybe this will give you a little inspiration.

NORTH YORK MOORS, EAST COAST AND THE WOLDS
The stunning Yorkshire coast has the UK’s largest mainland seabird colony and the Seabird Centre at RSPB Bempton Cliffs is the gateway to this incredible wildlife spectacle. Each year, around half a million seabirds make their home on the cliffs, including the much-loved puffin and the UK’s largest seabird, the gannet. The quantity and diversity of species makes the colony of international importance. However, seabirds are at risk with climate change, the demise of the fishing industry and pollution all thought to be contributing to a decline in numbers. It is hoped that RSPB monitoring work over the past 10 years will identify trends to help conservation organisations protect precious seabirds for future generations.

WHAT, WHEN AND WHERE TO SEE BIRDS
Puffins and Gannets- everybody’s favourite seabird with their smart black and white plumage, comical walk and bright orange beaks. RSPB Bempton, near Bridlington is a fantastic place to see puffins. You can look down onto nests from the top of the chalk cliffs that plunge into the sea or take a boat ride from Bridlington and watch them dive into the water beside you as they hunt for sand eels to take to their pufflings on the cliffs above. Plan your trip between March and July when the birds are breeding as after July, they fly out to sea where they remain for the rest of the year. RSPB Bempton is also one of the very few sites that gannets can be viewed during breeding sea-son. When at sea, these large long-necked white birds often travel in small groups and feed by fly-ing high and circling before plunging into the sea. Boat trips to view puffins and gannets run May-July.
Barn Owls – there’s nothing more awe inspiring than to see a barn owl silently gliding across the darkening sky and they are prevalent across the Yorkshire countryside. August is the best time to spot a barn owl as the newly-fledged chicks are out of their nests. Look for them on evenings or after heavy rain when they hunt.
Kingfishers – A flash of electric blue is often the first thing you will see of the elusive kingfisher. Of-ten seen on the banks of rivers, canals or streams, they are commonly seen on the River Ouse and River Derwent. Summer or autumn are the best times to see kingfishers.

WHAT, WHEN AND WHERE TO SEE OTHER WILDLIFE
Otters – are elusive but thanks to extensive conservation efforts, they are now present in every waterway in Yorkshire. It’s easier to see sea otters, look for their heads bobbing above the waves, than fresh-water ones. If you spot one, be patient, it may have cubs and if you wait long enough you could be rewarded with the sight of them playfully splashing in the water. The Southern Marsh hides at Tophill Low Nature Reserve near Driffield, are a good place to be sure of a sighting. Look out for their wake in open water or for a row of bubbles. Listen too for their high-pitched birdlike calls.
Roe Deer – are the smallest native deer in Europe and are so well camouflaged that often you will just glimpse a white rump running away from you as their reddish coats blend into the colours of the forest. The forests that flank the Cleveland Hills and the moorland of the North York Moors are good places to spot Roe Deer and the best time to spot them is early morning in the autumn and winter.

Whales and Dolphins – the coast off Whitby and Saltburn are great for whale spotting. Minke, fin, sei, pilot and humpbacks, porpoise and dolphins are right on our doorstep. From June until Octo-ber/November, white-beaked dolphins and minke whales follow the shoals of North Sea mackerel and herring swimming south from the Arctic and make a spectacular sight.

Grey and Common Seals – At Ravenscar, there is a seal colony of around 300 seals and you are most likely to see the common seal pups in June and July and grey seal pups in November.

Hares – are usually solitary animals who love farmland/rough grasslands and only group together to mate. The term ‘Mad March Hare’ comes from the peak time to see hares boxing during mating season but in fact, hares box all year round. The Hambleton Hills and Yorkshire Wolds are two of the best places in the county to spot Hares. 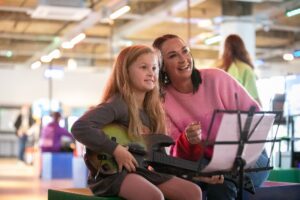 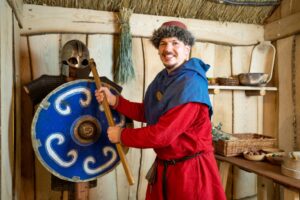