The British Motor Museum will play host to a new innovative production ‘Voices of the West End’ which will be performed live in the safe and beautiful grounds of the Museum on 25, 26 & 27 September. The outdoor production, which is a collaboration between Ginger Boy Productions and Birmingham Hippodrome, will showcase music from the West End’s greatest musicals.

Some of the theatre world’s most illustrious singers will perform award-winning hits including Earl Carpenter who played Javert and John Owen-Jones, who played Jan Valjean in Cameron Mackintosh’s 25th Anniversary Tour of Les Misérables. They will be joined by two of the best female Voices of the West End: Kerry Ellis and Katie Hall. Kerry Ellis is one of the top leading ladies of Broadway and West End musicals. She originated the role of Meat, in Queen’s We Will Rock You and was the first British Elphaba in the West End smash, Wicked. Katie Hall recently starred as Fantine in Cameron Mackintosh’s international tour of Les Misérables and has played Christine Daaé in The Phantom of the Opera’s UK tour and London’s West End. She also played the role of Cosette in Les Miserables’ 25th Anniversary Concert at London’s O2 Arena.

The performances are 90 minutes long with no interval and will take place on Friday 25 September at 7pm, Saturday 26 September, when there are two performances at 2pm and 7pm and on Sunday 27 September at 6pm. Gates open 2 hours beforehand.

The box office for the concert is managed by Birmingham Hippodrome and tickets can only be booked via their website at www.birminghamhippodrome.com. Roped pitches are £114 – £169 for a 3 square metre pitch that can accommodate 4 people from no more than two households or support bubbles.  Car spaces are £189 where performances can be watched from inside the car or set up next to it. There is a maximum of 4 PEOPLE ONLY exclusively from two households or support bubbles per pitch.

The chefs at the British Motor Museum are making picnics and luxury hampers which can be pre-ordered along with a selection of wines to enjoy in style. These must be pre-ordered via the Museums website and orders close on 16 August. On the event day there will also be a small food and drink area serving gourmet burgers with vegetarian/vegan options, coffee/teas, ice creams etc and a bar selling alcoholic and soft drinks along with a Pinnock’s Artisan Gin Bar.

Jeff Coope, Managing Director at the British Motor Museum said “We are delighted to host Voices of the West End in a safe and socially distanced environment. We are always keen to support the arts especially in light of COVID-19 and we hope to attract an audience that might not have visited the Museum before to enjoy some superb musical theatre”.

For more information about the event please visit https://www.britishmotormuseum.co.uk/whats-on/voices-of-the-west-end

The Museum and event organisers will continue to monitor the Government advice and keep visitors informed of any changes.

Easter and other religious celebrations Many faiths celebrate this time of the year, not just Christian’s celebrating the resurrection of Christ.  In chronological order here are the religions and festivals each celebrates and why.  This list is taken from the Inter Faith Network and for more information please click on … 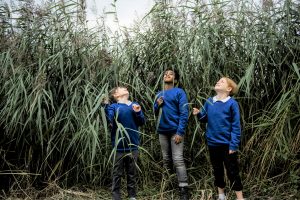 FREE NATURE-CONNECTION PROGRAMME FOR SCHOOLS The Wildfowl & Wetlands Trust (WWT) have recently launched their Generation Wild programme, which will connect 45,000 children and their families with nature. It includes FREE school visits (including FREE transport), FREE visits for families and a specially designed website to encourage continued nature-connection activity…

Discover all about Bees this Easter at Stratford Butterfly Farm! 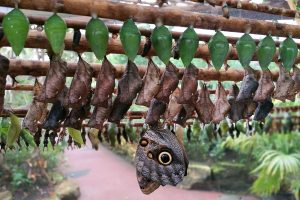